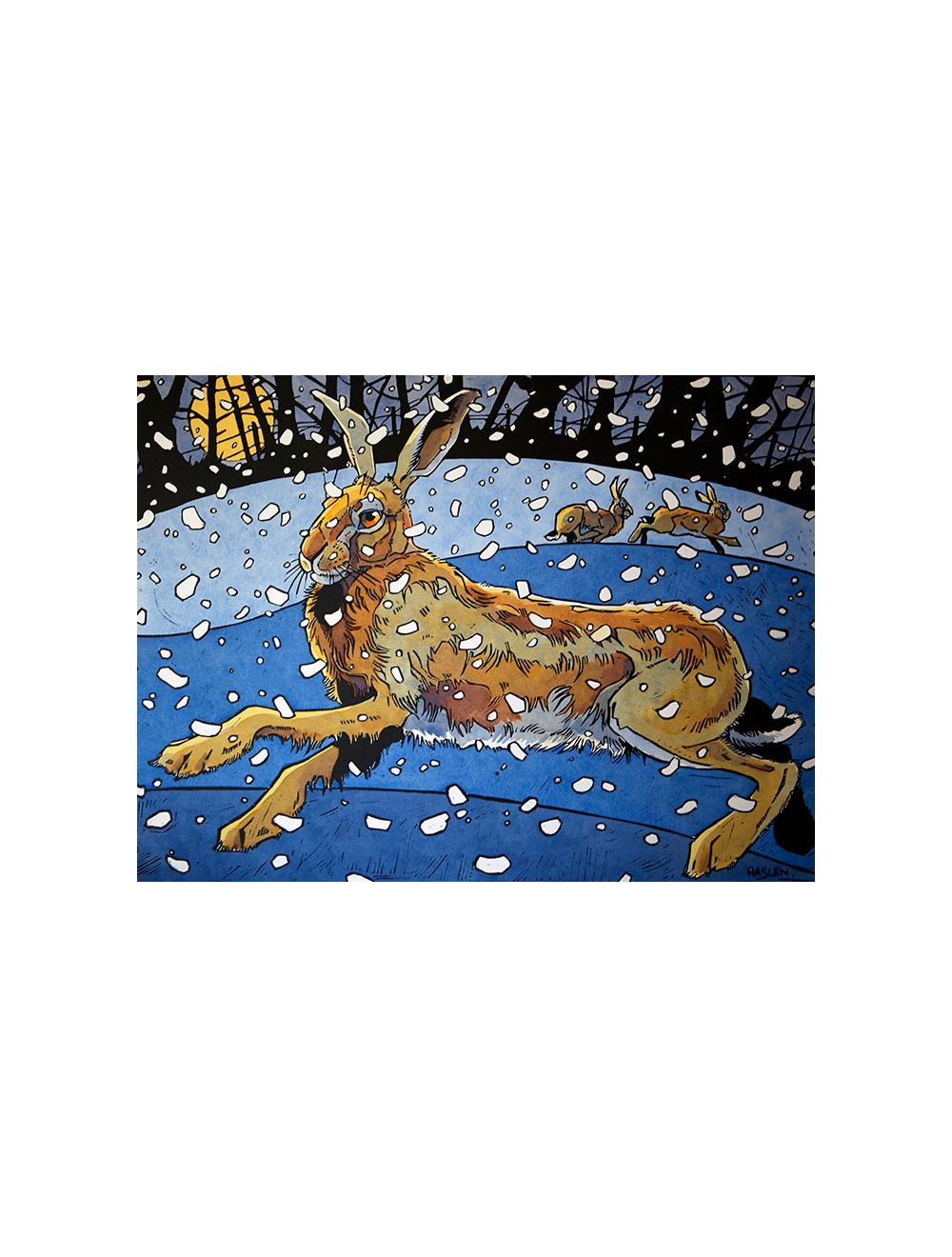 Andrew Haslen was born in Essex in 1953. He is a painter and printmaker of animal subjects. He was elected a member of The Society of Wildlife Artists in 1988 the same year he opened The Wildlife Art Gallery in Lavenham. In 2010 a book on his work was published titled The Winter Hare. During his career Andrew has won several awards, these include; Winner of the Royal Society for Nature Conservation 'Natural World' Art Award in 1992 and 1997, and Runner-up in 1993. He was also the winner of the Royal Society for the Protection of Birds Art Award in 1996 and 1999.
£2.50
Availability: Out of stock
SKU
SG120
Add to Wish List
Details
ANDREW HASLEN Winter Hare 3