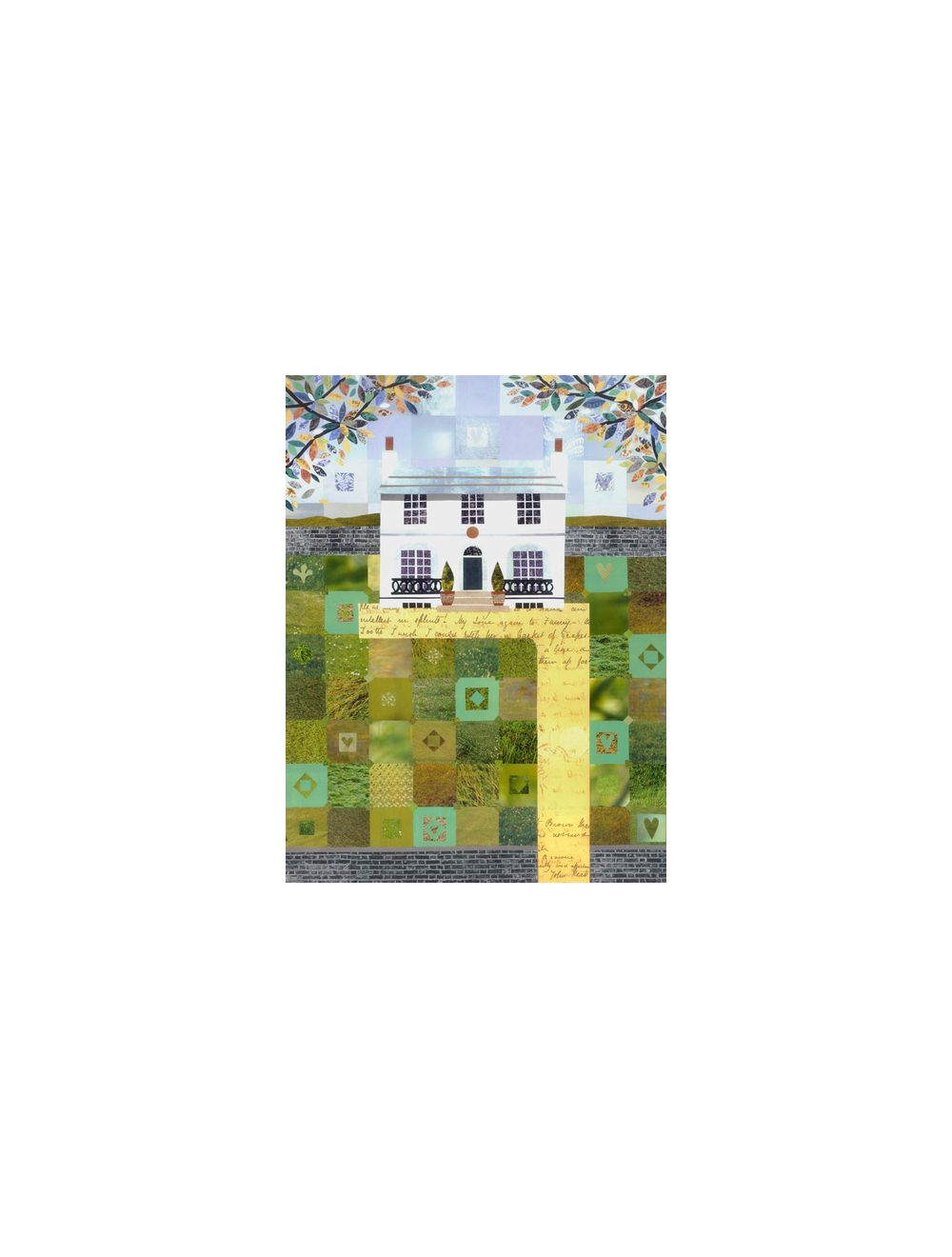 Far From the Madding Crowd (the birthplace of Thomas Hardy)

Hampstead Landscape, Letter from Naples (the home of John Keats

The image is a reproduction of Amanda's original cut paper collage depicting a dream state, a misty tranquil memory of Wentworth Place, Hampstead, as it may have been conjured up by the dying Keats in Italy ..."Vision or waking dream"? The lawn and sky are a patchwork, the pathway is made from a facsimile of one of his last poignant letters, sent to his fiancee's mother at the house which was also his former home and the place where he had been happiest and in which he wrote his greatest poetry. It is now the Keats House museum.
£2.95
Availability: In stock
SKU
aW10
Add to Wish List Add to Compare
Details
17.5 x 12.5 cms