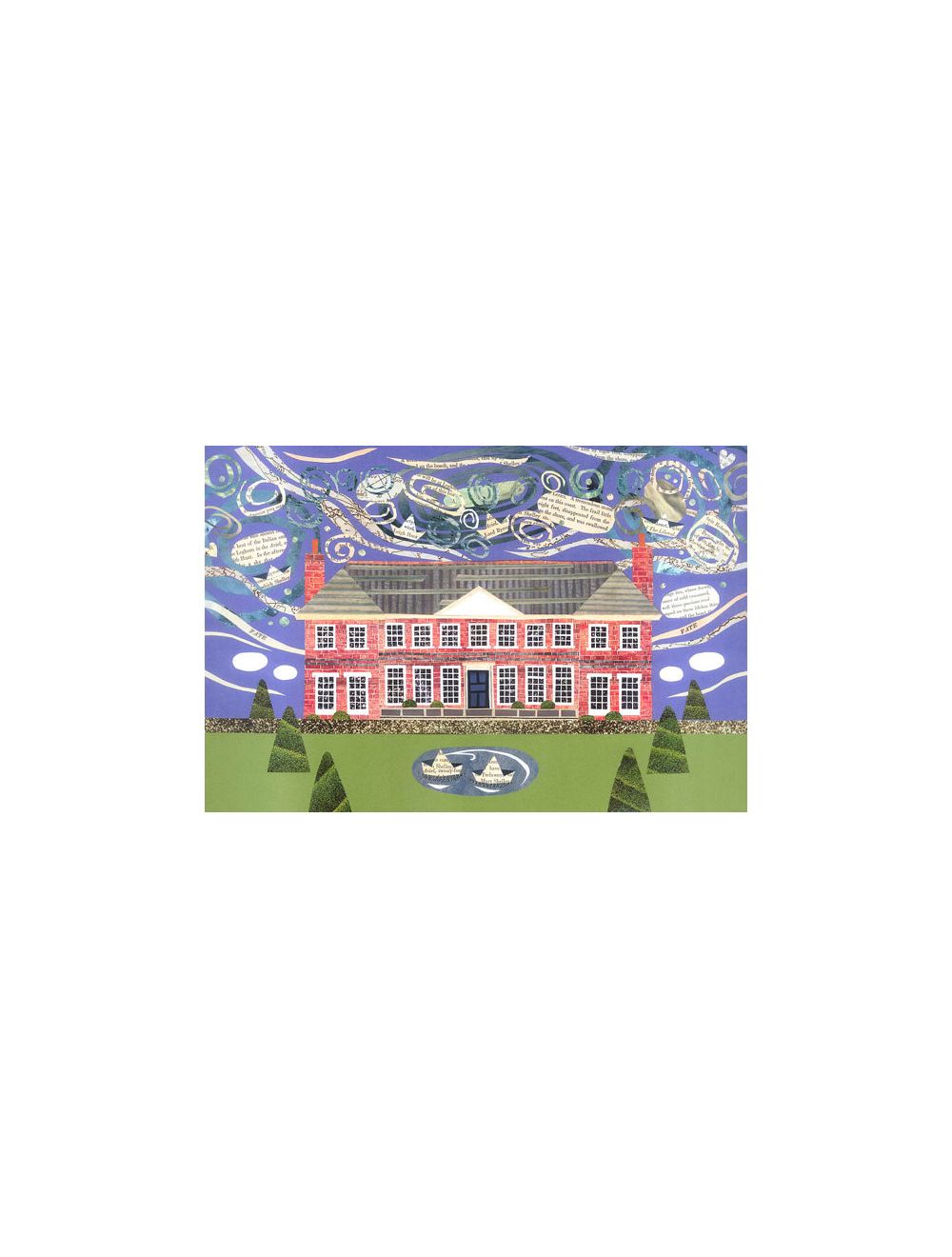 Cut paper collage depicting the birthplace of the Romantic poet Percy Bysshe Shelley. Field Place, Warnham, near Horsham in West Sussex, is the impressive building in which Shelley was born in 1792. The image shows a foreshadowing of the poet's end, drowned in a storm at sea, thirty years later.
£2.95
Availability: In stock
SKU
aw2
Add to Wish List Add to Compare
Details
The card, which measures 18 x 12.5 cms folded, is blank inside for your message. Explanatory text on the reverse: "Field Place, Sussex and a Storm at Sea" (The birthplace of Romantic poet Bysshe Shelley, drowned in Italy in a storm at sea) cut paper collage The perfect card for enthusiasts of Shelley, the English Romantic movement, poetry and English architecture.