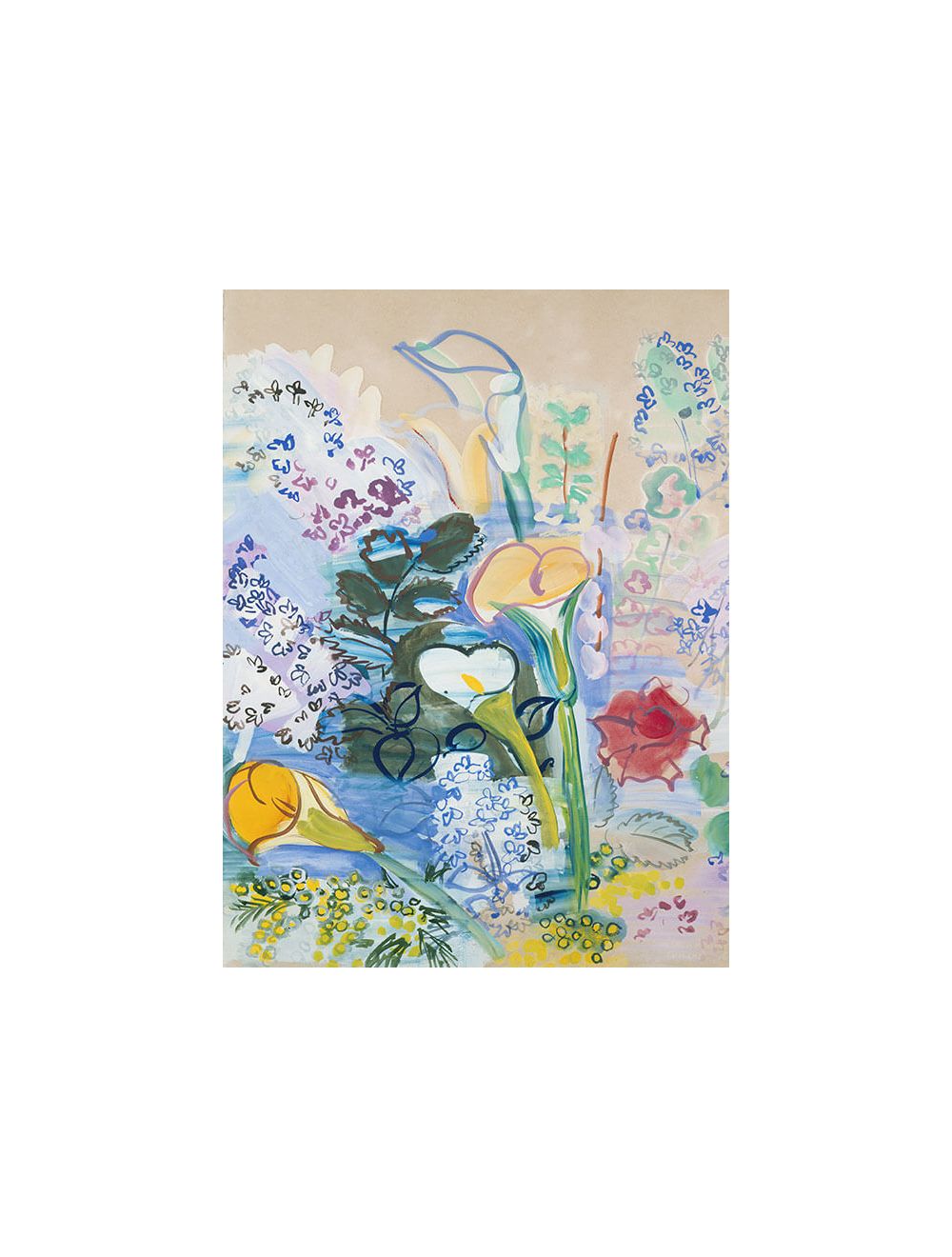 Raoul Dufy was a French Fauvist painter best known for scences of open-air social events. He was also a draftsman, printmaker, book illustrator, scenic designer, and a designer of furniture. In 1900 he attended the École des Beaux-Arts in Paris. His early work was influenced by the impressionists. However, in 1905 he began to use the broader brushstrokes and bright colours associated with the Fauves. In the early 1920’s Dufy painted scenes of recreation including horse races, regattas, parades, and concerts. He spent much of his time on the French Riviera and produced a series of paintings of Nice. Dufy’s colorful, decorative style became fashionable for ceramic and textile design.
£2.60
Availability: In stock
SKU
SG363
Add to Wish List Add to Compare
Details
125 x 175mm with white paper envelope. Recycled and/or FSC approved materials. Published by Orwell Press Art Publishing.