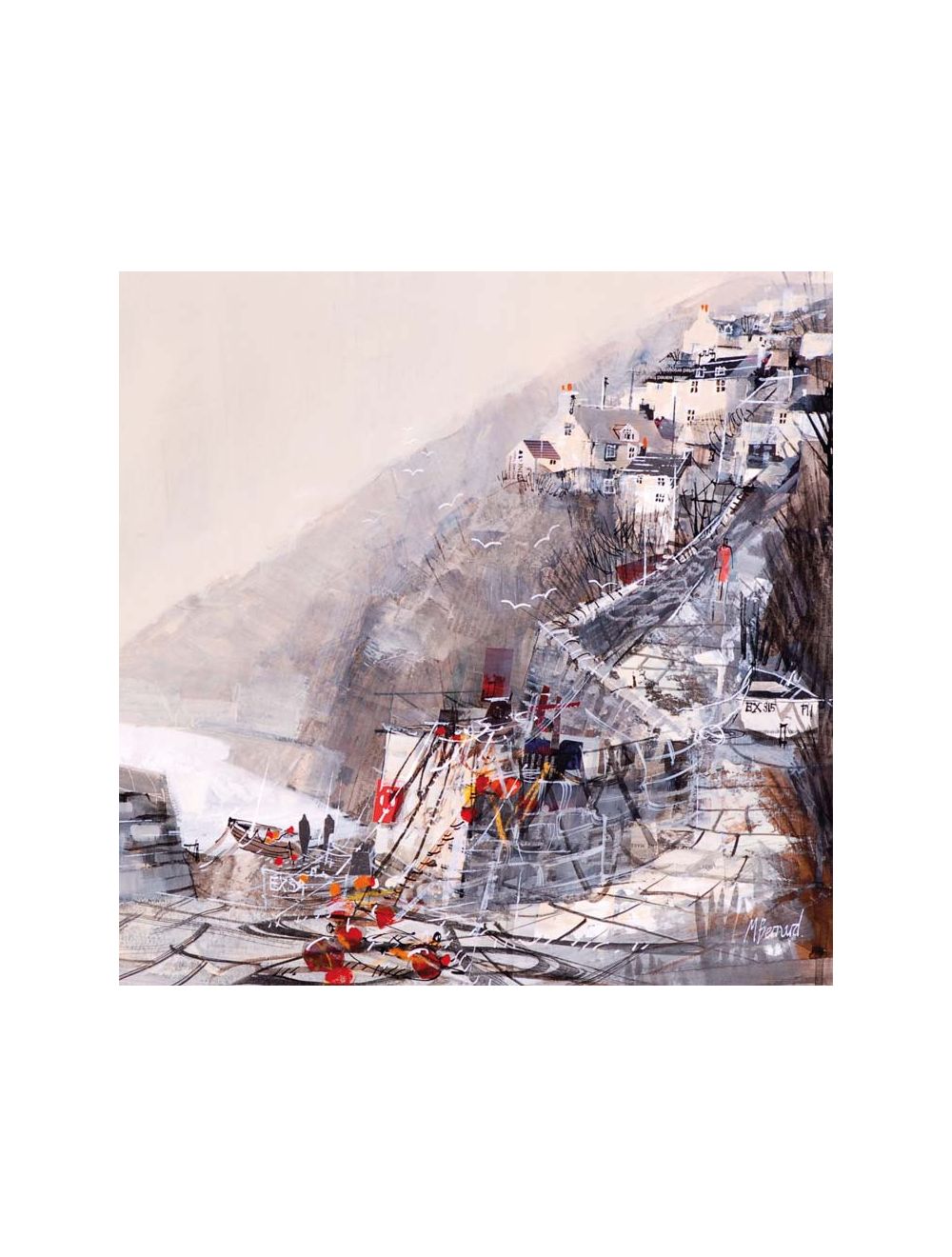 The Opportunist by Melissa Launay

The Opener by Michael Whittlesea

Born in Kent in 1957 award winning Mike Bernard trained at the West Surrey College of Art & Design, Farnham, followed by postgraduate studies at the Royal Academy Schools. Since then he has exhibited widely in London and the provinces. The artist was elected a member of the Royal Institute of Painters in Watercolour in 1997. He moved to Devon in 2008 where he has been inspired by the amazing light. Mike Bernard enjoys experimenting with media and techniques, often using mixed media incorporating collage and acrylics. Mike has used paper collage for several years and has developed a highly original and appealing style of his own. As a base to his paintings it has allowed him to create abstract structures that in turn develop into those “happy accidents” which come about from time to time. Random textures, colours and shapes suddenly fall into place. This method allows picture to evolve their own personality as they progress, which avoids them becoming over-representational.
£2.40
Availability: Out of stock
SKU
MBI001
Add to Wish List
Details
Card with blue envelope Publisher Dry Red Press