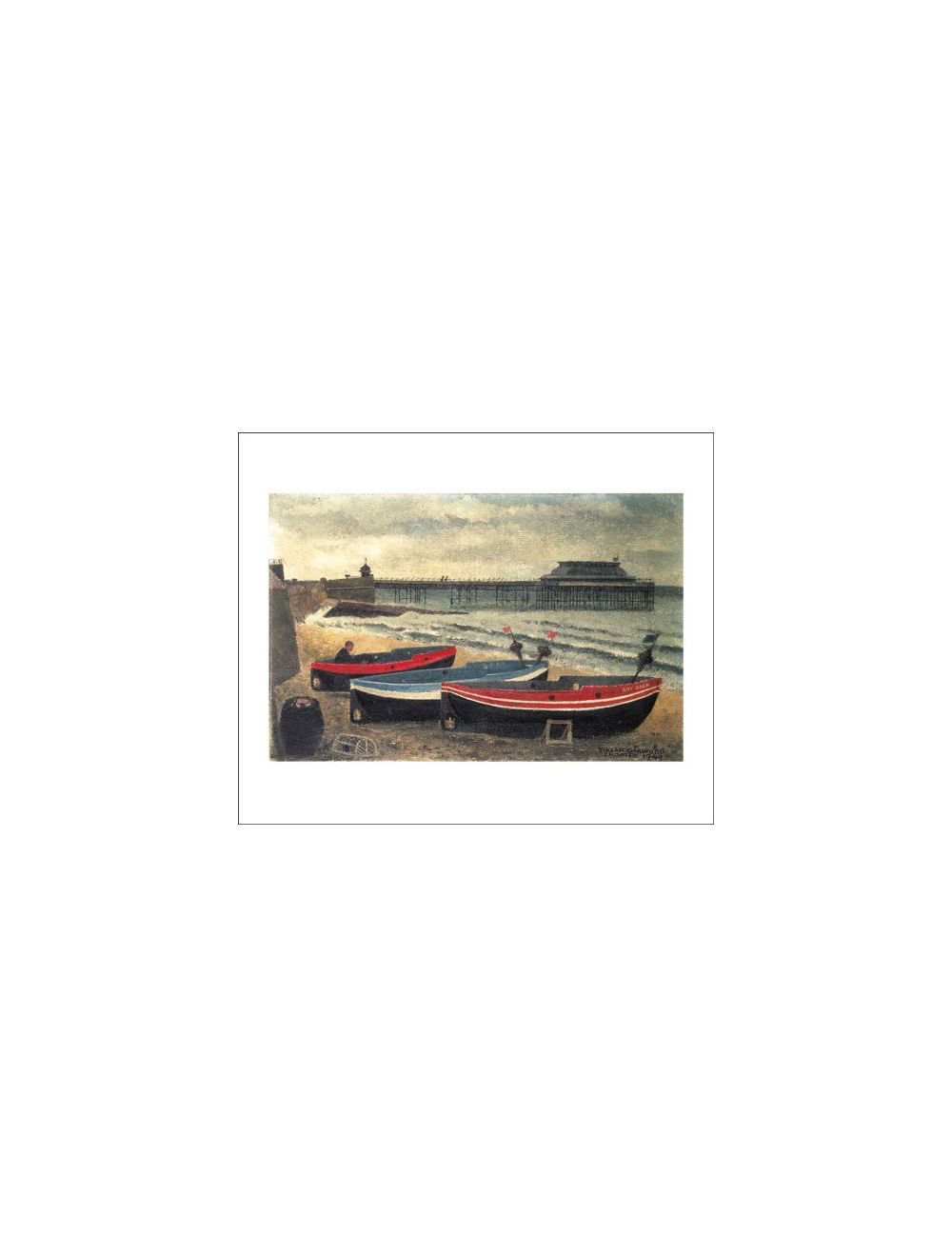 A Ship Off Ynys Byr by David Jones

Eileen 'Tirzah' Garwood (1908-51) was the third child of a colonel in the Royal Engineers. From 1925-8 she went to Eastbourne School of Art, where Eric Ravilious (1903-42) taught her wood engraving; from 1927-30 she exhibited with the Society of Wood Engravers. She and Eric married in 1930, living first in Hammersmith and then in Essex, in Brick House in Great Bardfield with the Bawdens, at Castle Hedingham and at Shalford. Tirzah designed patterned and hand marbled papers, examples of which are in the British Museum and the V&A. After Eric's death she took up oil painting and showed her work at the 'Pictured for Schools' exhibitions from 1947 until her death in 1951.
£2.45
Availability: In stock
SKU
TG1943
Add to Wish List Add to Compare
Details
Boats on Cromer Beach by Tirzah Garwood
We found other products you might like! 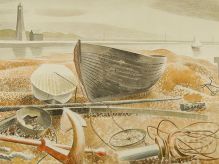 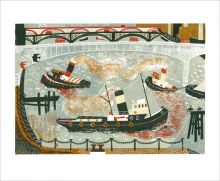 Tugboats on the Thames Linocut by Melvyn Evans
£2.45 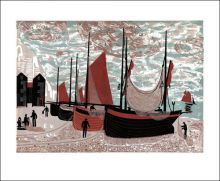 Boats on the beach at Hastings Linocut print by Melvyn Evans
£2.45